# Layouts Positioning and the View Hierarchy

In this chapter, you will learn how to lay out your user interface components using Titanium's various positioning properties. You will examine the coordinates system used by Titanium, its view hierarchy, and the layering and positioning rules that it follows when rendering your UI.

The Composite UI Layout defines a consistent layout behavior between platforms and added the ability to set up the UI declaratively via Alloy.

In this guide, we're going to explore the following factors that affect how you position elements within your app's UI:

First, a couple of definitions we'll use in the rest of this guide:

You would use these units of measurement like this:

You can specify the default unit type to use with untyped values. In the tiapp.xml file, you would add:

Where value can be set to px, mm, cm, in, dp, dip, or system. The "system" value corresponds to the platform-dependent system unit as described above. If you do not specify this property in the tiapp.xml, then the units default to "system".

Remember that you can specify dp or dip units on Android (and even set an app-level default in tiapp.xml) to achieve the same density-independent grid as offered by default on iOS.

# Positioning and dimensions of elements

Elements in Titanium are positioned relative to their parent container, such as a window or view. The positional options are:

(A read-only size property is available, which provides the width and height of a view after it has been laid out by the window. This property won't provide the actual size of the view until a postlayout event has been received.)

Each of these attributes accept values with or without units, including percentage-based relative measurements as described above.

In the following example, the red view is positioned at the 20,20 point relative to the window's top/left corner. The yellow view's bottom/right corner is 100 points/pixels from the bottom/right corner of the display. The blue view's center is at 160,240 and given its width of 50, this means its top-left corner would be at 135,215. The green view has a sufficiently negative top value given its width that it is positioned off the top of the screen. 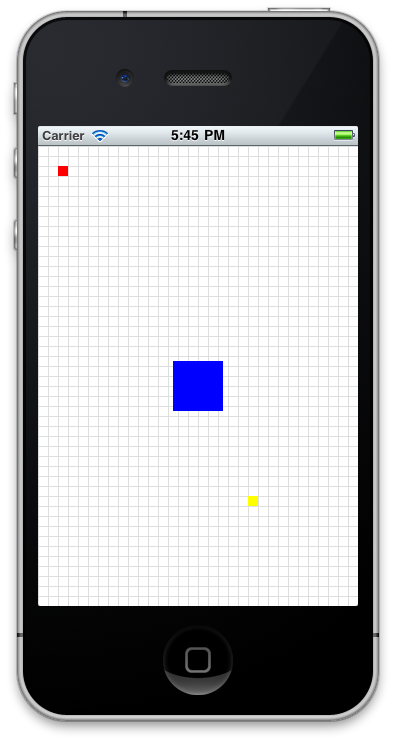 Titanium Windows and Views can employ one of three layout modes by setting its layout property to one of the following values:

Here's an example of these layouts in action: 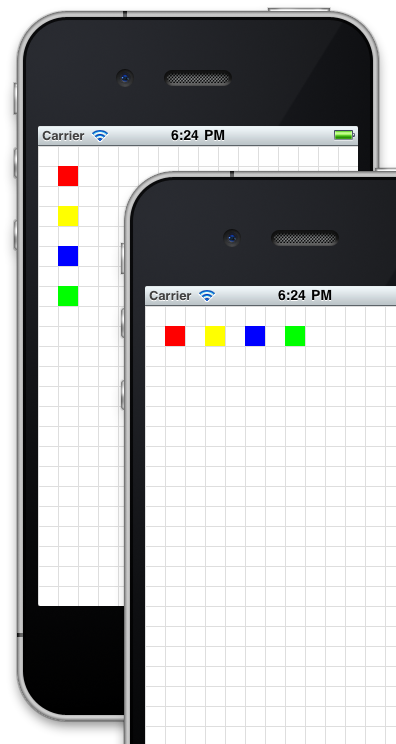 You can auto-size a UI element by setting its width and height properties to one of the following constants:

UI components exhibit default SIZE or FILL behaviors, as listed in this table:

In the case of ScrollView, contentWidth and contentHeight may also be set to "auto" or Ti.UI.SIZE, and in those cases, this is the expected behavior:

You can position elements atop one another. By default, as you add views to a parent container, they will overlay any views you previously added (assuming their boundaries overlap). You can control the stacking order by either changing the order you add elements to the container (not always convenient) or by setting the zIndex property. As with HTML elements, zIndex accepts an integer value of zero or greater. The higher the zIndex value, the closer to the top of the stack a view will become.

On Android, zIndex is only supported by composite layouts. This property is ignored by horizontal and vertical layouts.

In this activity, you will test the position behavior of elements by implementing some of the code examples in this chapter.

To perform the steps in this activity, you will need the gridlines module from https://gist.github.com/1187384 (opens new window).

In this section, you learned how to lay out your user interface components using the various positioning properties. You examined the coordinates system used by Titanium, the view hierarchy, and the layering and positioning rules that Titanium follows when rendering your UI. Next we'll discuss how you can handle user interaction via events.